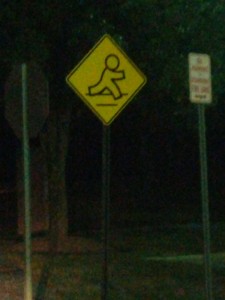 I read a good article highlighting why it is difficult to write a decent multi-threaded app that scales well with the number of hardware cores and wanted to share it with you all.

Speed optimizations can even cause unintended artificial limitations.  Something to think about.

AttachSave 4.0 (all versions) now adds Google Drive support (thanks to John Martens for the inspiration and testing).  While Google Drive lets you save your file locally, it keeps it in a private area of the SD card so that you cannot normally access it except via the Google Drive app.  If you use the Send file option in Google Drive, you can now use AttachSave to copy that file out of the private app area and into your public storage area somewhere.

I have just published my latest File Browser release, version 7.8!  The app is available on a variety of markets, but you can also download it from here if you like. [wpdm_file id=3]

Lots of little improvements and bug fixes along with a couple of new features. You can read about all the change details over in the changelog. The biggest changes are that  thumbnails are now being cached for 3 days and the new option to “Use Full Screen” which will hide the Notification Bar (aka Status Bar). The “Use Full Screen” option is only available to Android pre-3.0 since you cannot hide the Notification bar in 3.0 and 4.0+.

Thanks to all my translators for helping me with this update and a special thanks goes out to Raffaele Dell’Aversana for translating the entire app into Italian!

I hope you all enjoy using it as much as I do. =D

Speed on the other hand is a bit of a mystery to some.  END_OF_DOCUMENT_TOKEN_TO_BE_REPLACED

I was recently asked to provide proof of why using a ViewHolder would be faster than just using findViewById() when populating the item views of each item in a ListView. A fair question since empirically stating “it seems faster” is hardly proof and my results may have been from other factors I had not thought of at the time. So, I delved into the Android source code and pulled a bit of research together to present proof END_OF_DOCUMENT_TOKEN_TO_BE_REPLACED

With the addition of an Activity stack to my portmortem email reporter, it became apparent that relying on the garbage collector to restore the original exception handler was not an ideal solution. I have added a new method called restoreOriginalHandler() that should be called in your Activity class’s onDestroy() method.

The resources of an Android project are difficult to share between projects. In order to create a common library of widgets that reference resources is no simple task and yet is something quite desirable. Creating a “Save File” generic dialog and being able to share it amongst various Android projects not only as an Activity, but as a class ancestor that can be descended from and modified for various specialized cases is a highly desirable feature. I am used to having such a feature in the past with other languages (like Delphi’s Forms) and have been frustrated with Android projects in Eclipse. The various techniques available to potentially share resources all have their fatal flaws. END_OF_DOCUMENT_TOKEN_TO_BE_REPLACED

I was reading an article over on charlie.collins’s blog about using a ViewHolder class to cache the results of a findViewById() when used inside the getView() of a list’s adapter. I gave his recommendation a try and I did notice a speed improvement in my app so the observation that findViewById() is a performance hit has enough merit to go out of your way to enable some kind of caching mechanism.

While Charlie went the route of creating a class to hold the various views he was interested in, I decided to take a slightly different approach and make use of the alternative setTag(int, Object) function instead. END_OF_DOCUMENT_TOKEN_TO_BE_REPLACED

I have recently adopted Alex Gorbachev’s Syntax Highlighter for use on this blog to make the code snippets that I post much easier to read and copy for your own use. I have gone back through all my old posts and re-formatted them with the new feature.